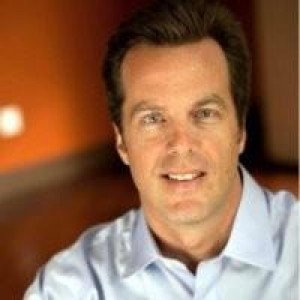 We started ServeHere with a desire to build deep and long-term relationships with the students who participate in our program. During the interview process, many students heard me express this philosophy in saying “I’d love to build a relationship where you’d want to invite me to your wedding.”

So…this was a particularly joyful summer as we attended the weddings of three ServeHere alumni!

In the summer of 2014, Scott Shaver and Paige Blomstedt found themselves sharing an office at Mission Possible, interning in the marketing and development area. Scott is from Austin and was attending Texas A&M. His officemate, Paige, was from College Station and attended UT.  Despite having lots of things in common, they had no idea they’d end up sharing much more than office!

By the end of the summer, romance was in the air and they decided to try this distance-dating thing (made a bit easier with each person having their family home in their partner’s college town).  It apparently worked pretty well as a junior year of dating turned into a senior year engagement — and an awesome wedding at a ranch in Navasota this June.

One of the things I love about this couple is their commitment to following God’s calling on their lives. Paige was a Supply Chain major and after spending her summer with ServeHere, she spent the next summer interning with Boeing in Seattle. Scott, a marketing and business honors major, spent his summer after ServeHere in the Dallas office of Concur, a very successful software company.  Having vocationally experienced the worlds of marketplace and ministry, each of them felt the place they could live most significantly was directly in service to others. For Paige, that has taken the shape of leading YoungLife in the Woodlands. For Scott, he is teaching at YES Prep, a public charter school for low-income students in Houston.

These two roles are obviously far afield from the areas where Scott and Paige succeeded at in school. But they are exactly where God wants them to be, doing life together, with opportunities to directly impact the kingdom every minute of their working days.

When I first met Kassie she was a junior pre-law student with the coolest sounding major of any student in the program – Humanities: Medical Law and Ethics. She had actively explored this world through internships in legal offices and in research associate roles at UT – but she was still trying to connect the dots between her faith and her vocational interests. Going to law school shouldn’t be just another achievement – if she was to spend three years there, Kassie knew it should be connected to a higher calling.

After a lot of discussion, we placed Kassie at Refugee Services of Texas in the role of a caseworker in the summer of 2015. She thrived in the environment even as she took on the burdens of helping settle displaced refugee families from the Middle East and Cuba in the very foreign city of Austin, Texas. Kassie’s internship at RST opened her eyes to the challenges and injustices faced by so many people, along with the need for someone with a legal background to stand up for, and stand alongside, these people. This insight helped give her the conviction to fully pursue gaining admission to a top law school.

In the spring of her senior year, Kassie became the first student to experience the ServeHere Master Class (SMC). This is a new program where we take students who have previously done a summer or semester with us and create a custom experience where they can go even deeper. For her SMC, Kassie was placed at Mobile Loaves and Fishes, working directly with the founder, Alan Graham. Kassie painstakingly researched the city of Austin’s statutes and brainstormed with Alan how our laws would need to be changed to accommodate programs that can employ the homeless community in street-based micro-enterprises.

Kassie and Josh’s wedding was a lot of fun!

I am thankful for each of the students God enables me to meet, mentor and encourage in their journeys. I’m especially thankful that He allowed me to develop relationships where I can be a part of lives — and moments — like these.

In the past month, two more invitations have arrived in the mail for weddings in 2017.  How could life get any sweeter?